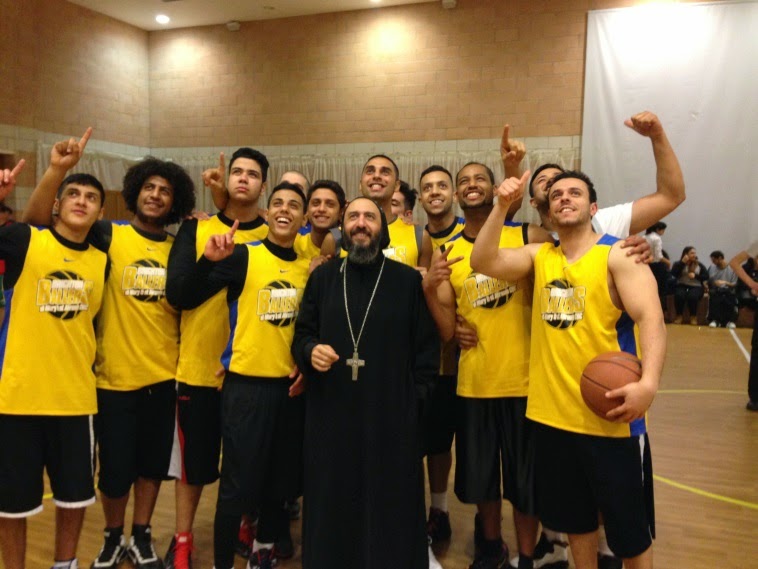 The Coptic Orthodox British Elite Basketball Association Tournament (Cobeba) 2014 was one to remember, with a team from Manchester entering the tournament for the first time and becoming this year’s Cobeba Champions! They took the title by beating the defending champions, the Newcastle Phoenix’.
This year we saw teams from Saint Mary and Anba Abram, Brighton (The Brighton Ballers), ‘The Gentlemen from Manchester’ a name given to the team by His Grace Bishop Angaelos; Saint George and Saint Athanasius , (The Newcastle Phoenix), Saint Mary and Archangel Michael (Golders Green Heat) and of course the home team, the Saint George Knights from Stevenage. 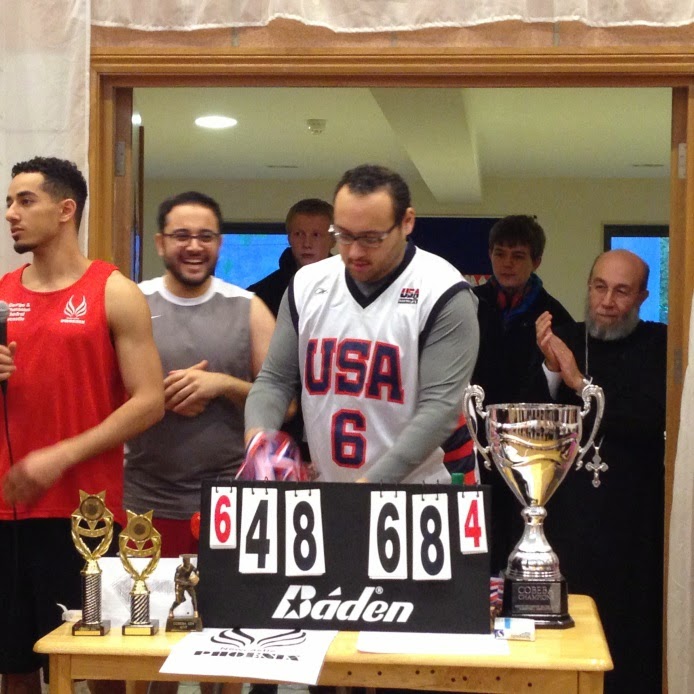 With exhilarating games on the first day, followed by a vespers service attended by all, it proved to be a great display of fellowship and sportsmanship, with the referees and their family members commenting on the cheerful and friendly atmosphere and respect shown by all the players and fans.


Sunday began with a Eucharistic liturgy followed by breakfast and the semi-finals between the Saint George Knights and ‘The gentlemen from Manchester’ (we won’t mention the score) but we will say that the first five points were scored by Saint George, so thank you to the Knights for taking the bullet! 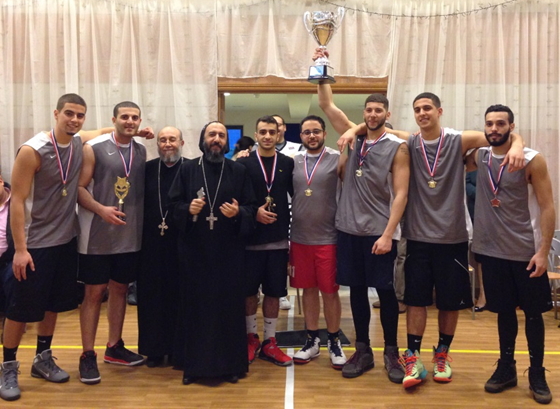 The final between the Newcastle Phoenix and Gentlemen from Manchester was nail-bitingly tight and it looked as if Newcastle were going to reclaim their title once again. Halfway through the match however, Manchester seemed to gain a new burst of energy, and regained their focus and determination, going on to win the match with a final score of 68-48.


It goes without saying that the quality of basketball this year was incredible. (It may be worth mentioning that the two teams in the final were made up predominantly of Canadians who live and breathe the sport!)


Last but by no means least, a big thank you goes to His Grace Bishop Angaelos for dedication in supporting all the teams from the side-lines, and for having the courage to hug the boys after their matches! Thank you to the wonderful Mark Galtta who made it all happen and to the dedicated Lydia Guirguis who worked tirelessly behind the scene to ensure everything was running smoothly. Thank you also to everyone else who helped serve in the kitchen and with cleaning, and to all the fans and players for taking part and making Cobeba 2014 an incredible display of fellowship and Christian witness in the UK.
We look forward to seeing you next year!